London-Based Designer Says Interiors Are More Thoughtful Than Ever 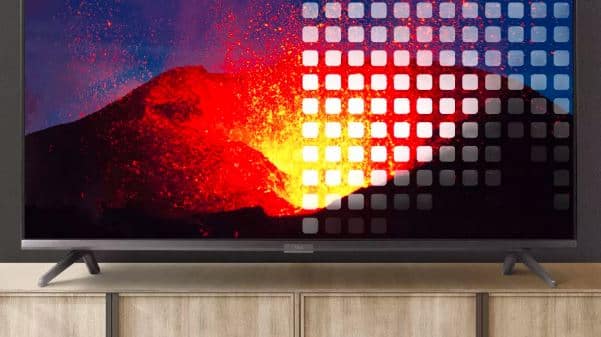 When you think of LEDs, you probably think of simple tiny lights, like power indicators, Christmas lights, and glowing features on toys. But LEDs play an essential part in one technology you probably use every day: Your TV. And the role of the humble light-emitting diode is about to get a lot bigger with the latest LED technologies.

LED stands for light emitting diode, and they’re one of the simplest components in modern technology. LEDs have a specialized semiconductor that glows when current passes through it, and operating one is extremely simple: when current is on, it emits light. When it’s off, it goes dark.

Ever since they appeared in consumer products back in the 60s, LED development has refined upon that basic premise. Improvements have made them brighter and produced a rainbow of different colors, but that basic functionality has defined the LED for decades. Recent products like high-efficiency light bulbs and the flashlight on smartphones all benefit from the higher brightness offered by modern LEDs, but they’ve also been used in everything from infrared remote controls to digital displays.

The biggest change to come to LED technology was the introduction of organic compounds that allowed multiple color LEDs that could be deposited onto glass much like a printer puts ink on paper. With the ability to display bright colors and perfect blacks, OLED has become the leading display technology in the TV world.

But mini-LEDs and micro-LEDs may change the TV technology landscape considerably in 2021.

Mini LEDs are smaller than the average LED, with diodes that measure in the 0.008-inch (200 microns) range, or about a fifth the size of what a standard LED measures. That smaller size means that more of them can be packed together in the same area, allowing a full array backlit TV to boast thousands of micro LEDs behind the LCD panel, and to offer a hundred or more discrete dimming zones.

That’s an order of magnitude increase compared to local dimming on TVs that use standard LEDS, where dimming zones would number in just the dozens on the most premium models. Each of these smaller dimming zones provide more tightly controlled backlight, and thus better brights, deeper darks, and less haloing caused by dimming zones that spill into high contrast areas. This translates into superb HDR performance, but also a richer picture overall, bringing LCD-based TVs much closer in line with OLED, the current champ in the TV display technology world.

And the best part? The price isn’t much more than competing TVs using standard size LEDs. For a price increase of a couple hundred dollars you can get a drastically better picture, the sort of improvement that used to cost several hundred dollars to make the premium jump to OLED.

TCL has made a name for itself introducing mini-LEDs back in 2019 with the TCL 8-Series Roku TV, and then bringing the same mini-LED backlight to the TCL 6-Series Roku TV (R635) model that is our favorite value TV of the year. The result is one of the best TVs you can get, and at a price that’s under $1,000 for all but the largest 75-inch model.

Competitors have definitely noticed, with Samsung gearing up to introduce mini-LED TVs in 2021, and there are rumors that LG is set to do the same.

Should you buy a mini-LED TV?

Absolutely. Mini-LED TVs offer a simple, yet effective refinement of the TV designs we already love, giving you better picture and performance without major price increases. If there’s any new technology we recommend for shoppers to hunt for in 2021, this is it. However, while there are some good mini-LED sets now, it’s worth waiting to see what will be out later this year.

Micro-LEDs: The tiniest LEDs you can get

Not to be confused with mini-LED, micro-LEDs are even tinier, and offer a much bigger change to TV technology. Current micro-LED sizes are as small as 50μm — about 0.002 inches across — making them 1/100th the size of a conventional LED. That’s just about small enough to serve as a single pixel in conventional TV sizes and resolutions, and that’s where micro-LED gets really interesting. If mini-LEDs provide a refinement on the existing LCD backlight, micro-LED promises to be more revolutionary, offering a technology that can go head to head with OLED and win, with better brightness and more vivid color.

The best way to understand micro-LED pixels is to think of the old Jumbo-Tron displays at sporting events, where individual lights made up the big, visible pixels of the screen. But those displays were giant in size and low in resolution, and wouldn’t be suitable for home use. On the other hand, microscopic LEDs, literally microns across in size, are small enough to function as individual pixels in a more traditional display.

Clustered in triplets of red, blue, and green, each cluster is a single pixel that can be lit up for whatever color or brightness level you want, or even switched off entirely. That switching off adds something that LCD panel TVs can’t offer: true black and infinite contrast.

But they also can do a trick OLED TVs haven’t yet been able to achieve, which is brightness levels up to 5,000 nits, roughly five times the peak luminance of the brightest OLED displays. Micro-LED also promises to fix the last nagging concern for OLED buyers: Screen burn in. Thanks to the different chemical and electro-luminescent properties of OLED and micro-LED, individual micro-LED pixels will have no risk of retaining static images over time, and should last much,  much longer without the color degradation that occurs with OLED’s organic materials.

Samsung has been showing off micro-LED displays for a couple of years now, with commercial signage and proof of concept demonstrations of The Wall, a massive modular micro-LED TV that measured 146 inches, literally enough to cover a wall from floor to ceiling. (Not to be left out, manufacturers like LG, Sony and TCL have all shown off similar micro-LED displays in the last two years.)

But there was another reason for that enormous size: Samsung was still refining the manufacturing of micro-LEDs, and that’s the size that was needed to hit 4K resolution. However, Samsung has successfully made the micro-LEDs more micro, and shrunk The Wall down into the much more reasonable 110-inch Samsung MicroLED TV for 2021, with smaller sizes sure to follow as the technology is further refined.

Should you buy a Micro-LED TV?

While they will be on the market, we recommend holding off on buying a micro-LED set. Right now, the few models that will be sold are going to be positively giant, and will have price tags to match. Think tens of thousands of dollars for a 4K micro-LED TV.

For that sort of money, you can get much better resolution, even if you want a TV that’s too big to fit through the door. Samsung, LG and Sony all offer big screen 8K sets, with sizes up in the 88- to 98-inch range. Prices are between $30,000 and $60,000. We’ll let you decide if you can afford something like that.

More importantly, we expect 8K sets to get a lot more affordable in the coming year. Samsung’s most affordable 65-inch 8K set is already selling for less than $3,000, and we expect additional affordable models from more TV makers in the next few months. Micro-LED is definitely a technology to keep an eye on, but it’s probably not worth buying right out of the gate.