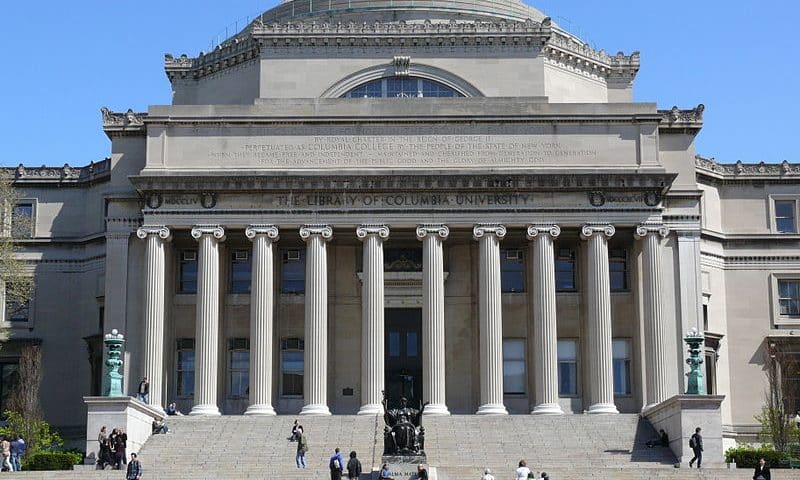 6 Schools That Defined Their Own Architectural Styles

Architectural education has always been fundamentally influenced by whichever styles are popular at a given time, but that relationship flows in the opposite direction as well. All styles must originate somewhere, after all, and revolutionary schools throughout centuries past have functioned as the influencers and generators of their own architectural movements. These schools, progressive in their times, are often founded by discontented experimental minds, looking for something not previously nor currently offered in architectural output or education. Instead, they forge their own way and bring their students along with them. As those students graduate and continue on to practice or become teachers themselves, the school’s influence spreads and a new movement is born.

Below are 6 examples of innovative schools that developed their own architectural styles:

One of the most well-known examples of a school synonymous with a style, the work produced by the Bauhaus and its graduates is distinguishable by a lack of unnecessary ornament and a focus instead on craft, functionality, and practicality. In an approach that combines fine arts with crafts in search of the “Gesamtkunstwerk,” or total work of art, the Bauhaus was founded in the belief that all arts, as well as architecture, should and would one day be integrated [1]. Common features exhibited by the Bauhaus Style are clean geometrical forms, regularity (though not typically symmetry), and a rejection of applied ornament.

From 1919 to 1933 in the cities of Weimar, Dessau, and finally Berlin, Germany, the Bauhaus was led by such legendary figures as Walter Gropius and Ludwig Mies van der Rohe (as well as the oft-forgotten second director, Hannes Meyer), names which have since become inseparable from the International Style. In fact, part of a larger movement of German modernism known as Neues Bauen, the practices taught at the Bauhaus, in particular, spurred one of the most influential movements in not only architecture, but also art, design, and architectural education [1]. When the Bauhaus closed in the face of rising political pressure, its former faculty and students dispersed throughout the world, thus spreading the Bauhaus influence even further. From Israel to the United States and many places between, numerous buildings were erected in the rational, functional style espoused by Mies and Gropius and are now under preservation for their historic significance.

A contemporary of the Bauhaus with many parallels in instructional approach and even some collaboration between them, Vkhutemas was an art and technical school founded in Moscow in 1920 with similarly ambitious ideals. The Russian state-sponsored school was created by merging two previous schools, meaning multidisciplinary integration was built-in from its inception. Students and faculty at Vkhutemas took a revolutionary approach to art, using precise geometry with an emphasis on space. Although constructivism is a style developed primarily in graphics and sculpture, its underlying principles are based on architecture and construction [2].

The practical, industrial nature of the school’s work set the foundations for the constructivist movement. The push by the Soviet government for the economy in design led to the creation of minimalist, functional pieces with a “factory” aesthetic. Constructivism can be defined as a conscious effort to create art, as directly opposed to “autonomous art,” and often also incorporated socio-political motives. Constructivist architecture combined technology with Communist ideals, becoming stylistically abstract and integrating geometric masses with symbols of modernity [2]. Well-known Russian constructivist architects include El Lissitzky and Vladimir Tatlin, though both are most recognized by their proposals and unbuilt work. Similar to the Bauhaus, Vkhutemas was pressured to close its doors in 1930 and as its associates and alumni fled, its legacy was spread throughout eastern Europe and beyond.

Before the time of Bauhaus and Vkhutemas, there was the École des Beaux-Arts. By nature, the very act of those two schools becoming revolutionary necessitated a previous style against which they could rebel. Modeled on an even more distant past, the Beaux-Arts style was progressive in its own time, searching for an authentically French style. The École itself can trace its history to the 17th century, but the style of Beaux-Arts architecture arose primarily from the work of the 1830s through the 19th century. The style matured at this time, drawing influence not only from French neoclassicism but also from Gothic and Renaissance styles [4].

The École attracted students from around the globe, who then returned to their homelands to disseminate the “French” style internationally. Particularly, many architecture students from the United States ventured to study in Paris and therefore the Beaux-Arts style has had an especially strong influence on American architecture. Architects such as Richard Morris Hunt and Henry Hobson (H.H.) Richardson marked the beginnings of an entire generation of architects who would utilize their Beaux-Arts training to design university campuses, libraries, museums, and other important public spaces in the States. These buildings, and others in the Beaux-Arts style, are full of symmetry, classical ornamental details, arched doors and windows, statues, and sculpture, often recalling a multitude of historical styles at once [5].

Around the same time period across the Atlantic, in Glasgow, Scotland in the late 1800s-early 1900s, we meet Charles Rennie Mackintosh and the Glasgow Style, a regional variation of Art Nouveau. While Mackintosh gained little recognition during his lifetime, his work has since become renowned and widely recognizable and commercialized. Mackintosh’s introduction to the world of design took place at age 16, when he enrolled in the Glasgow School of Art. While there he met his future best friend, wife, and sister-in-law who henceforth became known together as “The Four [6].”

The Four began designing as a part of the Arts and Crafts movement and eventually evolved to become some of the only designers producing in the Art Nouveau style in the United Kingdom, where the movement was not nearly as popular as in other parts of Europe. The Four, and Mackintosh in particular, eventually began to develop their own unique interpretation of Art Nouveau which became known as the Glasgow Style. Flower motifs, elongated forms, and strong verticality were the hallmarks of the movement [7]. So strong was Mackintosh’s stylistic influence upon the Glasgow School of Art that design work produced by its faculty, students, and alumni between 1890-1920 is collectively referred to as Glasgow Style art. One of Mackintosh’s few built works is the original Glasgow School of Art building, which has suffered two devastating fires in recent years [8].

Brazilian architect João Batista Vilanova Artigas was teaching aesthetics, architecture, and planning at the Polytechnic School of the University of São Paulo when he and a group of other ambitious professors broke off to form the new Faculty of Architecture and Urbanism of the University of São Paulo (FAU-USP). Vilanova Artigas was not only one of the teachers involved in establishing the academic direction of the new school, but, along with Carlos Cascaldi, designed the school building itself in a style that came to be known as the Paulista School [9].

The work of the Paulista School (or Escola Paulista/São Paulo School) in the 1950s was in contrast to the Rio (Carioca) School exemplified by architects like Oscar Niemeyer. The Rio School preferred rounder, smoother surfaces, as seen in Niemeyer’s Brasilia. The Paulista School designed with heavier massing and less-refined finishes, celebrating the exposed concrete structure. As a part of the broader movement of brutalist architecture, the style focused on construction techniques, visible structure, and reinforced concrete. The FAU-USP building features simple finishes on its concrete walls and the open spaces are designed to reflect the needs of a space for design education and practice. In fact, the building was conceived to be as open as possible to emphasize the importance of shared spaces and diminish private spaces. In line with the school’s educational approach and the movement’s social ideals of encouraging interaction and coexistence, the pursuit of spatial continuity goes as far as connecting all six levels via a system of ramps [10].

While it deliberately defies stylistic classification, the Southern California Institute of Architecture, or SCI-Arc, remains an influential force in American architecture over the past few decades. Ever since its inception in 1972, SCI-Arc has been understood to be more avant-garde than the average U.S. architecture school. The founding group of students and teachers in Santa Monica set out to approach architecture from an intentionally experimental perspective, basing their new school on the collaborative concept of a “college without walls [11].” One of those original co-founders was Thom Mayne, who also started the architecture practice Morphosis in the same year and today teaches design studios at the school.

The predominant styles in American architectural education in the 1970s were modernism on the west coast and intellectualism on the east. SCI-Arc is located in California, yet it disregarded the mid-century modern foundations on which the area was built in favor of the aesthetics of the school’s surrounding industrial landscape [12]. Consciously founded to be separate from any political and social majorities, the program instead established a small-scale lifestyle approach, with a unique focus on the humanities and social sciences. SCI-Arc is more comfortable being categorized as an attitude towards architecture rather than a style, but has been described as “expressive post-modern eclecticism.” As a standalone school of architecture unassociated with any larger institutions, the faculty and students at SCI-Arc are able to adapt quickly and flexibly to new and experimental methods of design and education [13].